At the beginning of the XVIIIth century in Paris, loads of private shows are planned. These parties are the chance for intellectual guests to hear new music and poetry. It is in one of these parties that Italian cantatas and sonatas were played for the first time, prohibited by people from Versailles until then, and who were after that an important part in the development of the French musical writing, in the look for tasteful : Lully’s and Corelli’s science combined.

In these parties secular music was played and sacred music as well, especially motets. Campra was on trend at that time and very prolific ; he wrote five books of small motets and three books of secular cantatas in only fifteen years.
Secular mixes with sacred in these intimates parties, in musical and dramatical ways, in order to move the audience.

There was no surprise to see secular forms like cantatas or opera using sacred booklets.
Like this, Michel-Pignolet de Montéclair writes Jephte, «tragedy from the holy writings », played on the stage of the Académie Royale de Musique. Some say that Rameau decided to compose lyrical pieces listening to Jephte !

This program is also the occasion to highlight a composer from Bordeaux, unknown today, but whose music was widespread in the XVIIIth century : Joseph Valette de Montigny, music master at Saint- Seurin in Bordeaux, and who was known for his journeys to England, Italy or Holland.

The aim of this concert is to defend sacred French music, showing all its theatrality and putting it back in its XVIIIIth century setting : a private party, place of confidence… 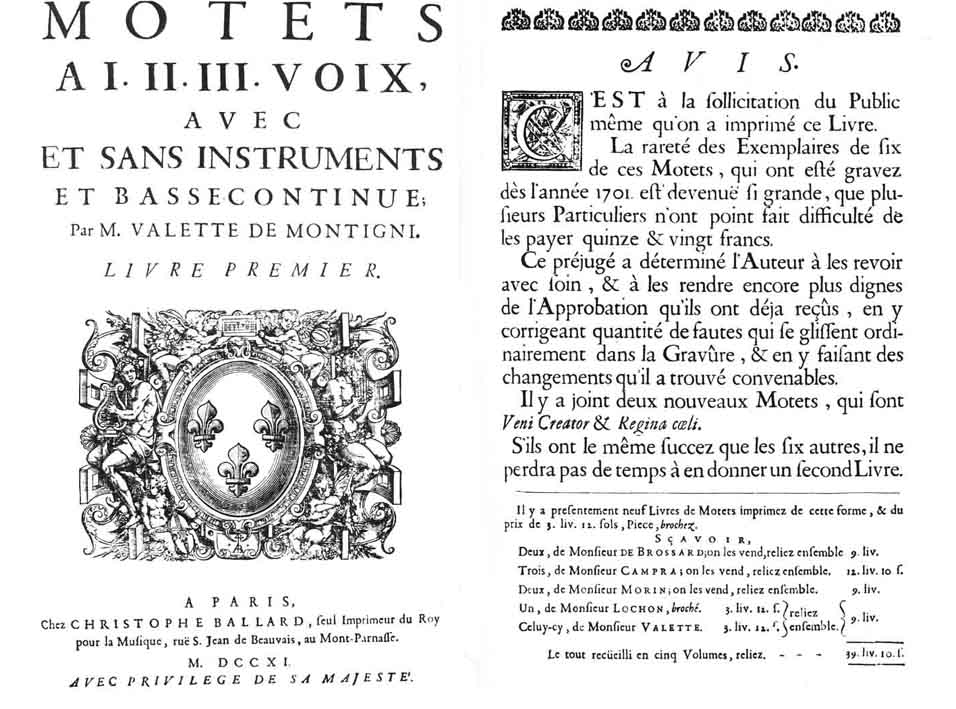